The Wildlife of Wonderful West Virginia: Buck in the Backyard

Buck in the Backyard 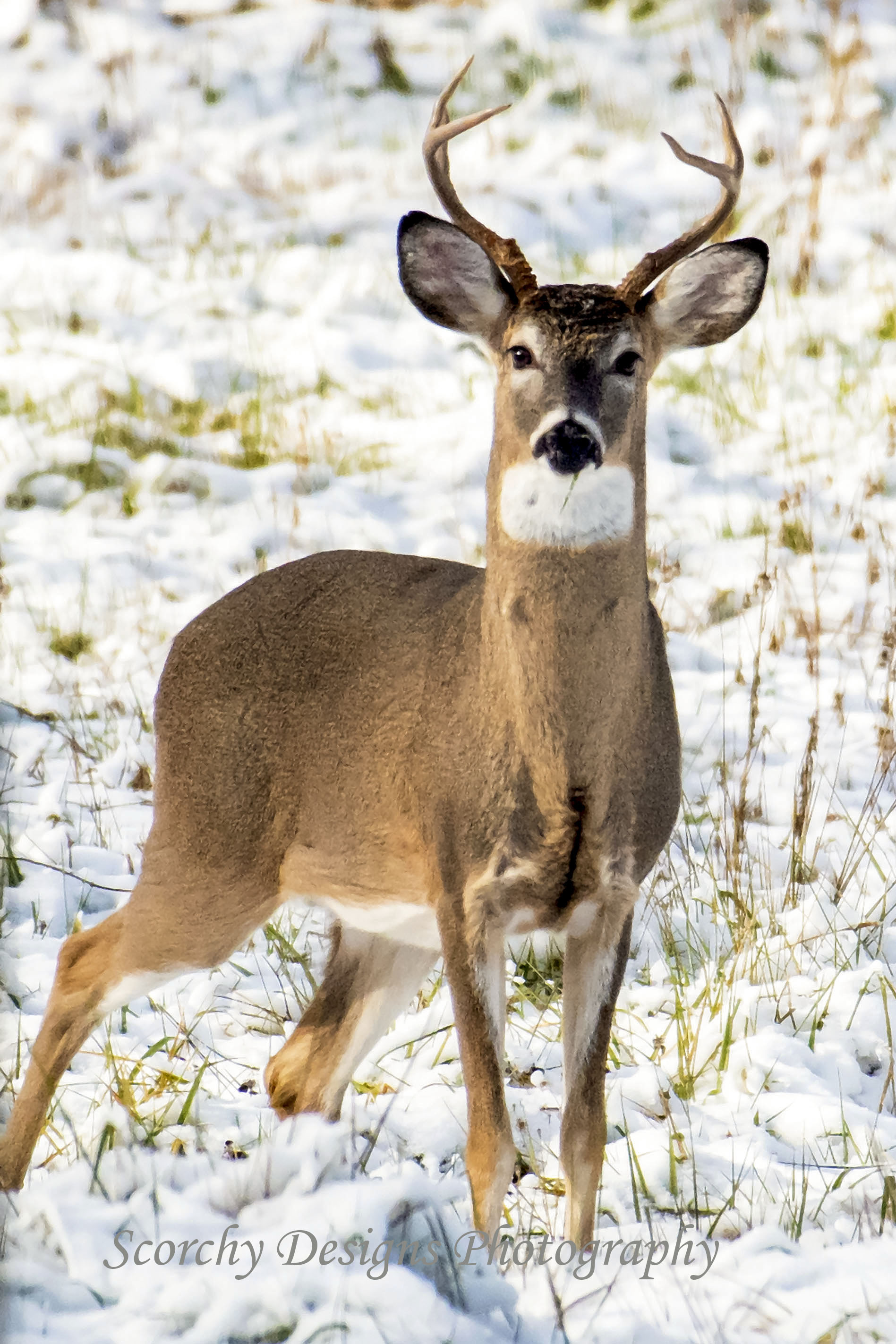 The Story of the Deer

In the beginning the Deer had no horns, and his head was smooth just like a doe's. He was a great runner and the Rabbit was a great jumper, and the animals were all curious to know which could go farther in the same time. They talked about it a good deal, and at last arranged a match between the two, and made a nice large pair of antlers for a prize to the winner. They were to start together from one side of a thicket and go through it, then turn and come back, and the one who came out first was to get the horns. On the day fixed all the animals were there, with the antlers put down on the ground at the edge of the thicket to mark the starting point. While everybody was admiring the horns the Rabbit said, "I don't know this part of the country; I want to take a look through the bushes where I am to run." They thought that all right, so the Rabbit went into the thicket, but he was gone so long that at last the animals suspected he must be up to one of his tricks. They sent a messenger to look for him, and away in the middle of the thicket he found the Rabbit gnawing down the bushes and pulling them away until he had a road cleared nearly to the other side. The messenger turned around quietly and came back and told the other animals. When the Rabbit came out at last they accused him of cheating, but he denied it until they went into the thicket and found the cleared road. They agreed that such a trickster had no right to enter the race at all, so they gave the horns to the Deer, who was admitted to be the best runner, and he has worn them ever since. They told the Rabbit that as he was so fond of cutting down bushes he might do that for a living hereafter, and so he does to this day.