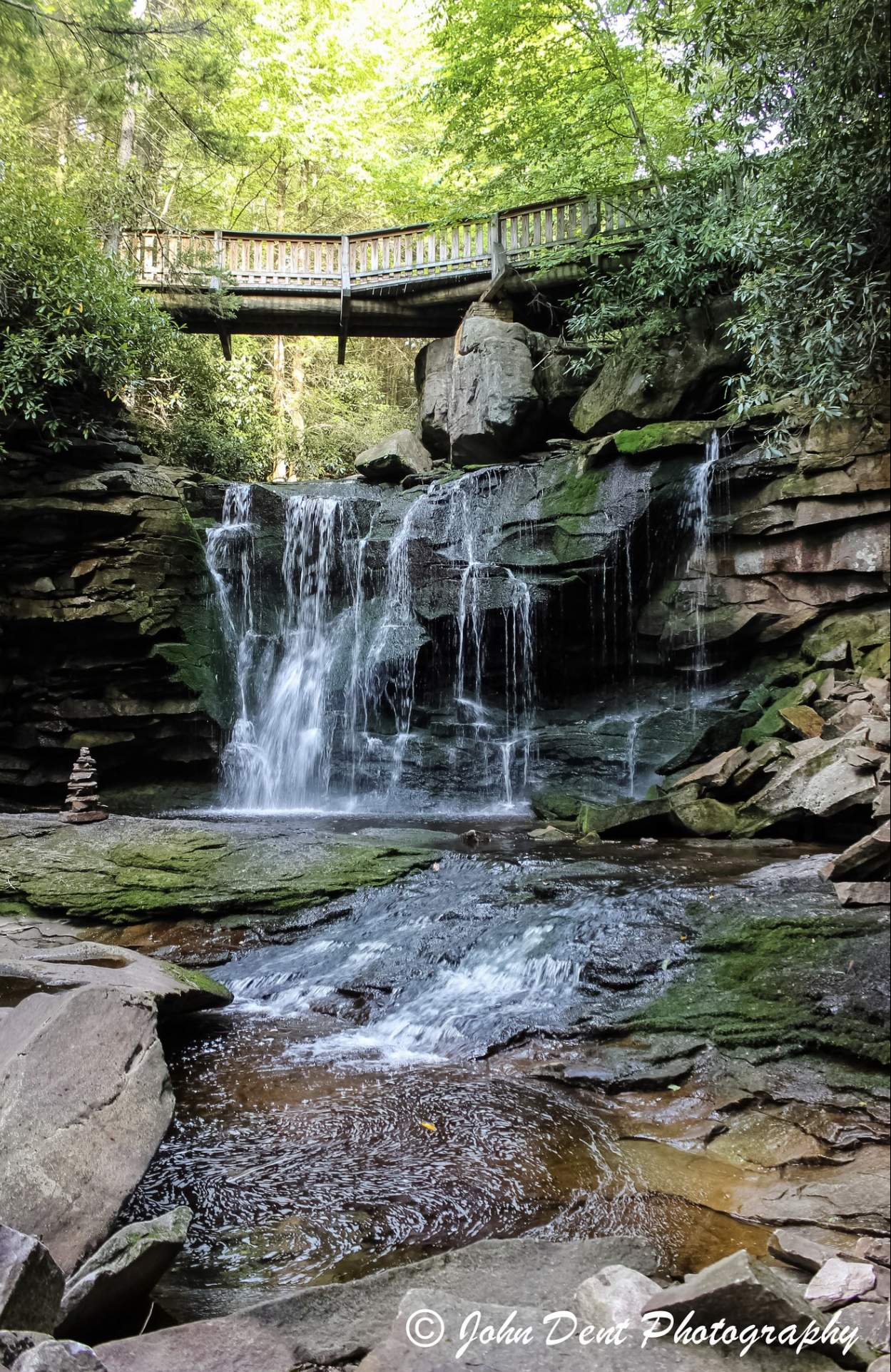 There are two legends about the Falls. In the first, Princess Elakala threw herself over the edge of the Falls after being rejected by a lover. However, another account from the Massawomee Nation tells of a great warrior, Elekala, who feared nothing, except females. He was "girl-shy." He fell from the Falls when being chased by two women of his tribe.  As their punishment they were sent to the Seneca tribe and marriages were arranged. They raised families as Seneca warriors. Upon learning that they were not really Seneca, the male children were furious. They put together a raiding party and rode back and slaughtered all of the Massawomee, thus naming the route that ran between their two villages, the March of the Seneca Tribe.