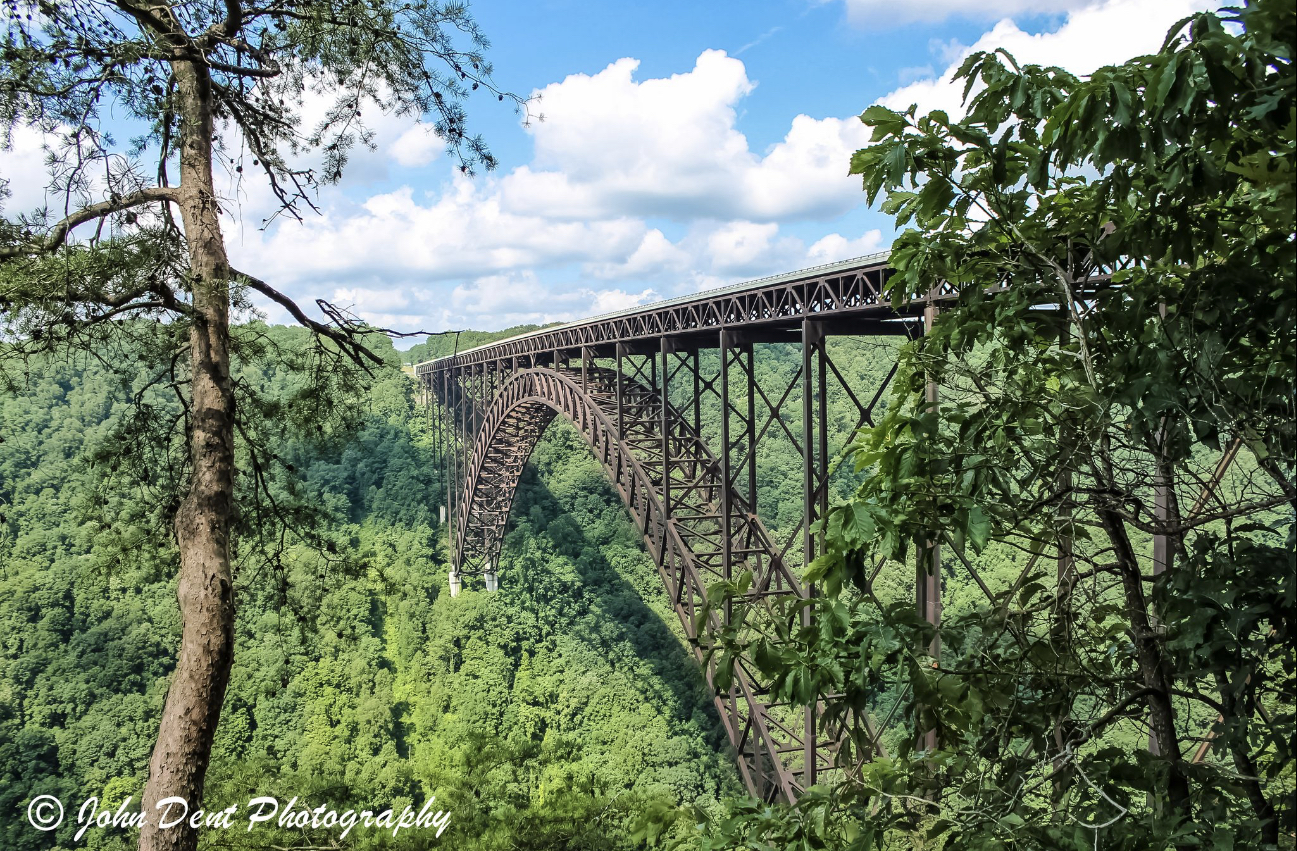 Every October, dare-devils come from all around the world to West Virginia to parachute into the Gorge from the New River Bridge. This is one of the few places in the world that it is legal (only on Bridge Day) to jump from a bridge. The first official Bridge Day was celebrated in 1980, when two parachutists jumped from a plane, landed on the bridge and joined up with three other jumpers. All five of them leaped into the Gorge.