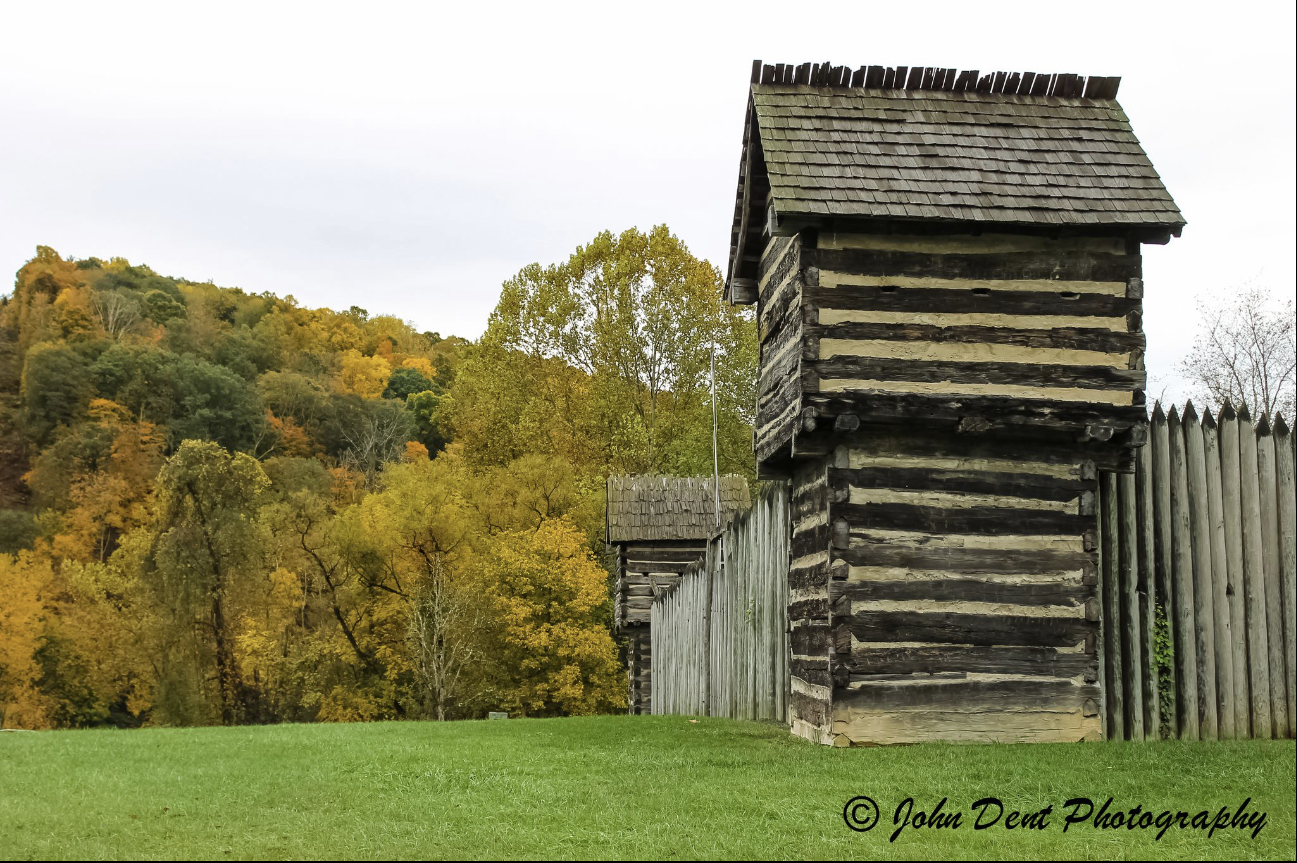 Prickett’s Fort is a replica of a civilian refuge fort from the 18th Century and a living history museum. Here the Prickett’s Fort Memorial Foundation researches, documents, and exhibits the way people used to live communally in the Fort environment during the pioneering years. Visitors can watch the day-to-day lives of the inhabitants played by interpreters who have studied the time period.

"My husband and I have a farm on Bunner's Ridge. It was the VanGilder Farm [family] from which I am descended. It was sold out of the family but we bought it in 1982. My grandfather grew up on a farm adjacent to the VanGilder farm. When we bought the farm there was an old log barn still standing. It was made of old, old, hand hewn logs. In fact, when I took material culture class for my folklife minor, I learned that the style of interlocking the logs is the earliest style going back to the 1700s. My grandfather told us that the logs were from the original Prickett's Fort and that, when the fort was dismantled, farmers from the area took their wagons and brought the logs home to reassemble. That is how my farm wound up with what is probably an original Prickett’s Fort building. About two years ago we were unable to keep up with repairs and we dismantled the barn and built a new structure. It broke my heart but had to be done. The logs that were still usable are stacked in my field awaiting new life in whatever new structure we devise."