The Wildlife of Wonderful West Virginia: The Oriole 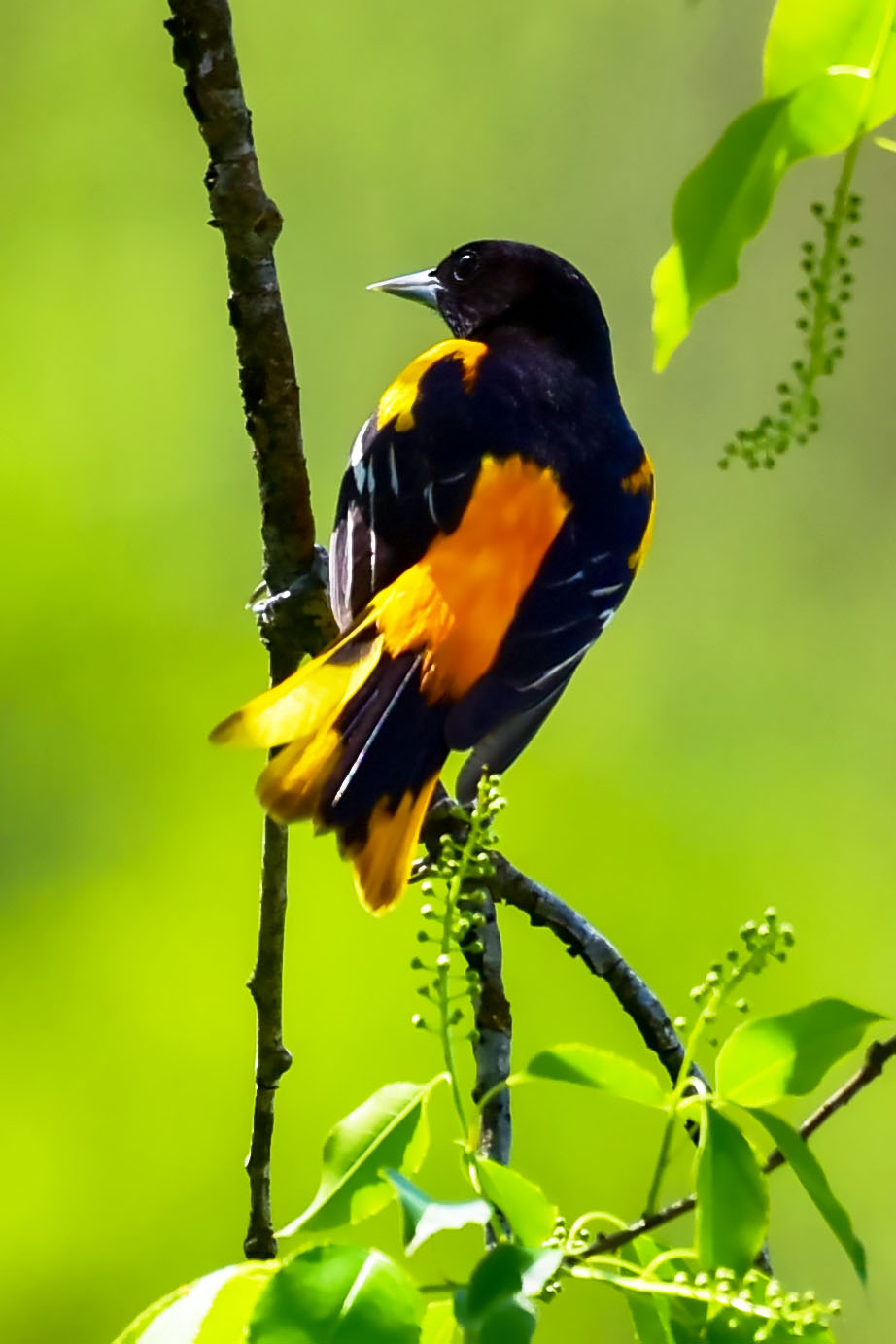 The Baltimore oriole is about the same size as a robin but a little more sturdy. The Hopi Nation considers it the guardian of the North.

The Story of the Oriole

The king of the north once said to himself, "I am master of the country of ice and snow, but what is that if I cannot be ruler of the land of sunshine and flowers? I am no king if I fear the king of the south. The north wind shall bear my icy breath. Bird and beast shall quiver and tremble with cold. I myself will call in the voice of the thunder, and this ruler of the south, this king of summer, shall yield to my power."

The land of the south was ever bright and sunny, but all at once the sky grew dark, and the sun hid himself in fear. Black storm-clouds came from the north. An icy wind blew over the mountains. It wrestled with the trees of the southland, and even the oaks could not stand against its power. Their roots were tough and strong, but

they had to yield, and the fallen trees lay on the earth and wailed in sorrow as the cruel storm-wind and rain

beat upon them. The thunder growled in the hollows of the mountains, and in the fearful gloom came the white fire of the forked lightning, flaring through the clouds.

"We shall perish," cried the animals of the sunny south. "The arrows of the lightning are aimed at us. O dear ruler of the southland, must we yield to the cruel master of the north?"

"My king," said a little buzzing voice, "may I go out and fight the wicked master of the storm wind?"

The thunder was still for a moment, and a mocking laugh was heard from among the clouds, for it was a little hornet that had asked to go out and meet the power of the ruler of the north.

"Dear king, may I go?" repeated the hornet.

"Yes, you may go," said the king of the south, and the little insect went out alone, and bravely stung the master of the storm wind.

The king of the north struck at him with a war club, but the hornet only flew above his head and stung him again. The hornet was too small to be struck by the arrows of the lightning. He stung again and again, and at last the king of the north went back to his own country, and drove before him the thunder and lightning and rain and the black storm-clouds and the icy wind.

“Brave little hornet," said the king of the south, "tell me what I can do for you. You shall have whatever you ask."

Then said the little hornet, "My king, on all the earth no one loves me. I do not wish to harm people, but they fear my sting, and they will not let me live beside their homes. Will you make men love me?"

“Little hornet," said the king gently, "you shall no longer be a stinging insect feared by men. You shall be a bright and happy oriole, and when men see you, they will say, 'See the beautiful oriole. I shall be glad if he will build his nest on our trees."

So the hornet is now an oriole, a bird that is loved by every one. His nest looks like that of a hornet because he learned how to build his home before he became an oriole.