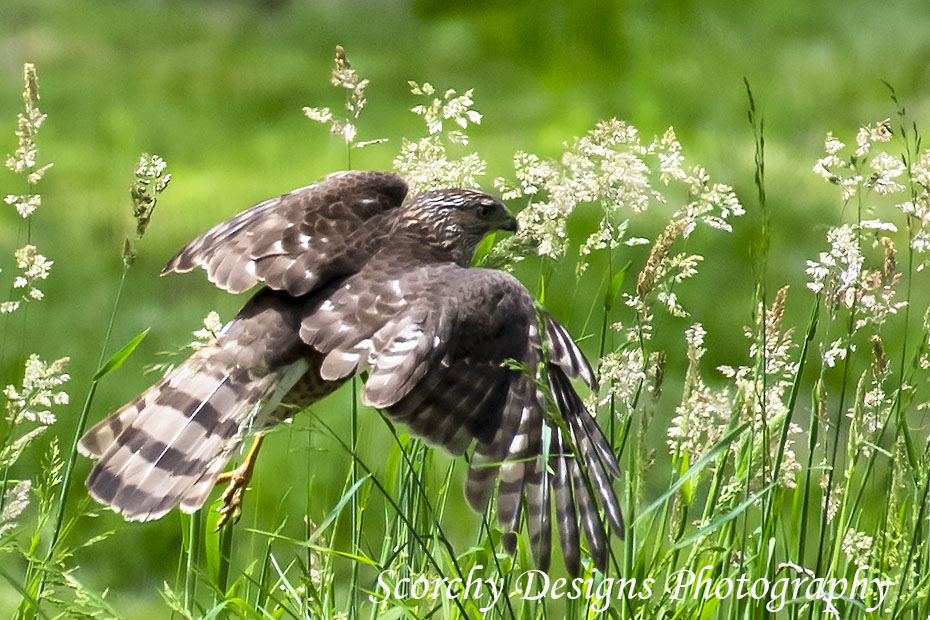 The Cooper’s Hawk of the eastern United States tends to be much larger than the western species. These hawks are known to make their homes from the deepest woods to suburban neighborhoods, depending on how readily available and safe their habitat. The Hawk has several other meanings as a spiritual animal and animal of lore. The Hawk as a Totem Animal belongs to those who can see "broadly," rather then short-term.   One invokes the power of the Hawk when needing to see things with a more discerning eye. To some, they represent the power of focus or the knowledge and ability to take the lead when the time is right, and have the power to see with clear vision and a strong connection with the spirit world or increased spiritual awareness. The meaning of the hawk varies from nation to nation within the Native American peoples.  Some even have clans within their nation that are named for hawks. For example, The Chippewa nation has a clan known as the Gekek, the Hopi call theirs the Kylengyam. The Menominee, Huron, Iriquois, and Pueblo tribes also have hawk-like clans.